The Benedictine court is the most important landmark for the community in Legnaro. It’s also the economic, social and cultural centre. It was built in the 400s thanks to the monks of St. Justine of Padua, then grew over the centuries. In early 500s the north-east block was finished with the living quarters for the monks and also the warehouse, both preceded by a porch, and the whole area was surrounded by a wall with columbian tower west. In 1717 the wall was rebuilt and maybe around the mid-century the wings of via Roma and via Orsaretto were extended.

History of Benedictine court of Legnaro

In 1810, after they deleted religious corporations, the court switched to the state and in 1837 was sold to a jew banker and businessman from Vienna named Ermanno Todesco.

In 1841 was built the west block with the stable and the barn, then in 1852 took place the extention of the north block of via Orsaretto with the spinning mill.

Ermanno Todesco died in 1844 and ten years later the children sold the property of Legnaro and Polverara of 5737,16 fields to Count Silvestro Camerini.

In 1934 the court switched to the same-named agricultural society, in 1949 to the “conduzioni immobiliari s.p.a.” and in 1958 to the national body “Tre Venezie”.

When the body was deleted, it became property of the region which partly gave it to the ESAV (“ente per lo sviluppo agricolo del Veneto” and now “Veneto agricoltura”), and partly to the municipality of Legnaro for social and cultural activities.

ESAV decided to link the court to the technological centre “Agripolis” and encouraged the  renovation (from 1994 to 1996) of the former spinning mill and of the stables for the organisational scientific entertainment, demostration and dissemination of information and the hospitality of operators and researches.

In 1986 the municipality of Legnaro assigned to an office in Padua the renovation of the oldest north-east block, works began in 1987 but stopped because of serious structural issues.

In late 1997 thanks to the region, started a complete static and architectural refurbishment that ended in 1999.

Structure of the Benedictine court of Legnaro

The four block of about 2000 m2, host the training and dissemination centre “Benedictine court” as well as several actions supported by the venetian agri-food system. The municipality of Legnaro owns the east side with a big lounge for the library and two rooms for cultural activities. University of Padua has recently joined the building administration.

The oldest part, dated back to the 15th century, develops as a “L” on the north and east sides (until the arcade area). A wide porch with a stair links externally the two parts in via Roma.

The north block has a ground floor of 320m2 divided in 8 rooms, a cellar with barrel vault, and upstairs a wide place surmounted by a roof with trusses and supported by two rows of pillars. On the east side there are two two-storey building (the first of 240 m2 with 4 rooms, a porch and 6 monk’s cells with vaulted ceiling; and the second of 170 m2 partly used as stable). A big porch and a driveway give access to the court.

The estate, considerably changed over the centuries, still owns valuable ancient elements, like the elegant Nanto stone columns with capitals dated back to the 15th century, the painting layer inside the east side, the coffered ceilings of painted wood in some rooms in the north block and two 19th-century stone chimneys portraying majolicas.

Also the old church of St. Anne was recovered and used as mechanical workshop.

Benedictine court in Legnaro for centuries was the place where took place all the local events about work and land conservation. Here welcomed tithes, quartes, funerals, rentals and was taking measures for justice and mercy. Around the big central space there were stables, barns, cellars, warehouses, rooms for woodshed, breeding of the silkworm and crafts.

The economic power of the monastery and the work of the population found expression in the Benedictine court, an important landmark for the community in Legnaro, today called back to life not only through a renovation, but also through new cultural and social function.

Events in Benedictine court of Legnaro

Nearby Benedictine court of Legnaro 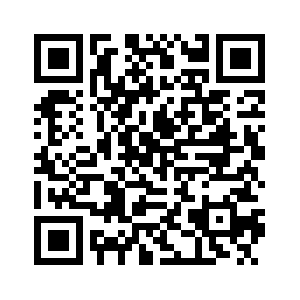