According to a document dated 1188, in Pontelongo on the right bank of the Bacchiglione, there was an Ecclesia that the anti-pope Clement III used to “donate” to the Cluniac monastery in Candiana. Anyway for several centuries it remained “chapel” of the S. Agostino parish church in Bovolenta. Just at the end of 1500s the parish of S. Andrea heritage joined the Candiana’s convent. At that time the parishioners were almost 1400 (without counting those “on the other side of the bridge”).

After the plagues that took place in the following century, the population decreased by 30%, reaching slightly more than 1000 people.

In late 1700s around 13 people were involved in spiritual duties in the three churces (S. Andrea, S. Giovanni, St. Maria Maddalena, in Ronchi di Ca’ Trevisan) and in the two oratories.

According to the pastoral visitation in 1823, the church was widened more than a third. The territory was strongly marked in 1882 by a flood (also the church of Ronchi was pulled down).

In early 1900s they decided to build a new church which was blessed in 1911 together with the bell tower and the rectory. This new churc was built perpendicular to the Bacchiglione, while the original one was parallel the river.

During 20s, thanks to the support of some donors, the kindergarten and the nursing home “Galvan” for the elderly were added. During 50s a new nursery and a new cinema theater were started.

In 1676 a devasting plague affected Pontelongo and the inhabitants asked The Virgin to stop this scourge. Despite the pain caused by the haemorrhages of the skin (maybe it was petechia), many people looked for comfort in faith. Later, a vow would have locked down a “deal”: a cortege through the streets of the city during the first day of May (recently the first Sunday of May).

The picture shows on the left the archangel Michael who defeats a winged devil while The Virgin with Child appears holding the rosary among the clouds. (interesting is a rift of the landscape of that time portraying a three-arch bridge and the church in the background).

On the right in the painting appears an assembled crowd in the yearly procession symbolically represented by the venetian doge Nicolò Sagredo, by St. Andrew with the crucifix and by a female character, embodiment of Venice, who shows the bridge and the church of St. Andrew. It’s the town making his vow to The Virgin and thanking her for the victory against the evil, which is, according to the popular belief, the reason why God punishes sending illnesses and destruction. 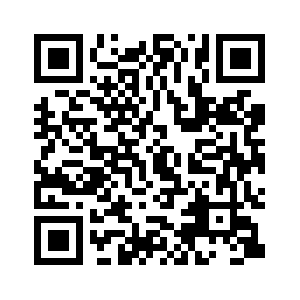