The arcipretale church has changed a lot since 1400s, until the radical renewal during the last century. This renovation was designed by the architect Francesco Gasparini who extended the building and inverted the orientation by expanding it with two aisles and by giving more verticality. The works started in 1893, in 1903 ended the walls and in 1908 the main door. In the meantime, on 9th may 1901 Pope Leone XIII named it abbey.

Dome of Piove di Sacco and St. Martin from Tours

St. Martin is depicted in the dome, dedicated to the bishop of Tours, in a picture by Giovanni Pietro Silvio in the presbytery. The Saint is portrayed sat in throne between the apostles Pietro and Paolo. The altarpiece recalls the 15th-century plan of the holy conversation: The characters are assembled inside an architecture with an open view, of which we can see the columns. On the right side we can admire the beautiful altarpiece in which stand out the red dress and the blue cloak of the Virgin. This altarpiece shows Our Lady of Carmel with baby Jesus, between Catherine of Alexandria and St. Michael the Archangel. The picture was made by Giambattista Tiepolo between 1737 and 1738 for the fraternity of Carmel.

When the fraternity closed the canvas was removed, replaced by a sculpture of the Pietà and guarded in the attic of the rectory until 1896. In the same year it was restored and brought back to the altar of the Our Lady of Carmel, where still remains. It was renovated also in 1960 and 1995. In the sacristy is preserved a wood sculpural group that shows “Supper at Emmaus” engraved maybe by a 16th-century workshop in Padua. The church owns an organ made by G. Callidio in 1774, later enlarged by the brothers De Giacobbi (1852), by D. Malvestio (1919), by brothers Ruffatti (1943) and by G. Ruffatti (1976, designed by Wolfango Dalla Vecchia). The console is electrical drive with two keyboards, footswitch and 55 records. Currently the instrument needs a careful renovation.

During October 2015 were found in three small altars, eighteen reliquaries of wood and glass dated back to the 17th century, containing bone fragments of St. Pio, St. Constantine and other saints still unnamed.

Particularly interesting is the new “museo paradiso” and the opposite little church (Oratory of Santa Maria de’ penitenti). 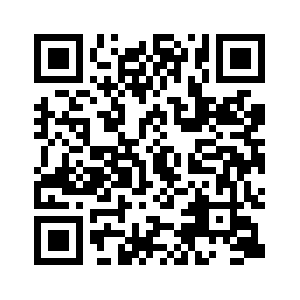